We can see the shape of our CSV files. There are 8 columns, all pretty explicit and containing the average for the month in column month except for raindays and snowdays which contains the number of days in that month where it rained and snowed respectively.

Note: I currently count raindays as the number of days where the rainfall is above 5mm (which is completely arbitrary). If you look at the website I scraped it does contain a column for rain days but some days are marked as rain days when there is no rainfall and the reverse. Even then it's not really accurate as I'm only interested in quality of life and rain at 4am is not annoying lots of people.

Cool. Let's try plotting something first to see if everything is okay and load the other cities.

While we could continue having one DataFrame per city, it is more convenient to have one DataFrame containing all the data as this allows us to use plotting directly from it like we did above.

We can also use .describe() on a DataFrame instead of doing .median(), .sum() etc on every single column to have a quick overview of all the variables. 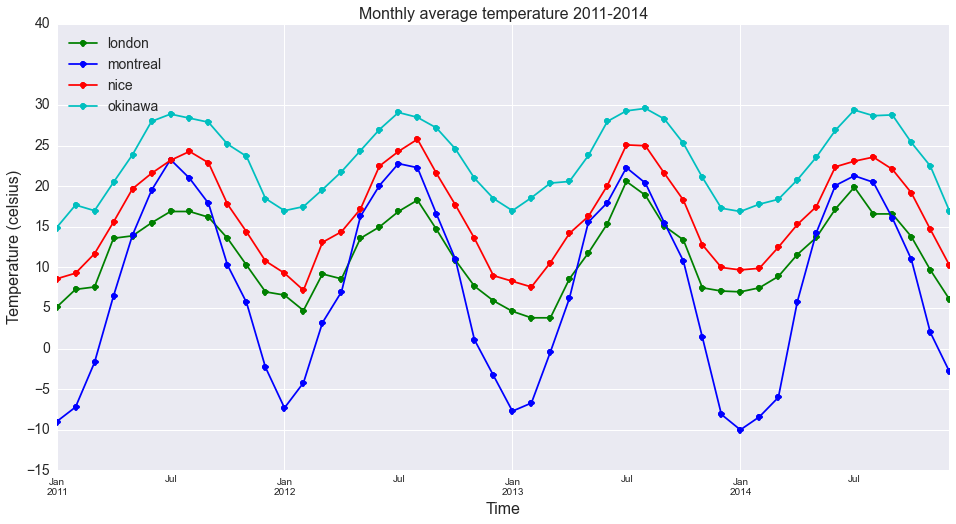 We can make a few observations on this chart:

For the next plots, let's focus on 2014 only in order to have an idea on how a year looks like in those cities. 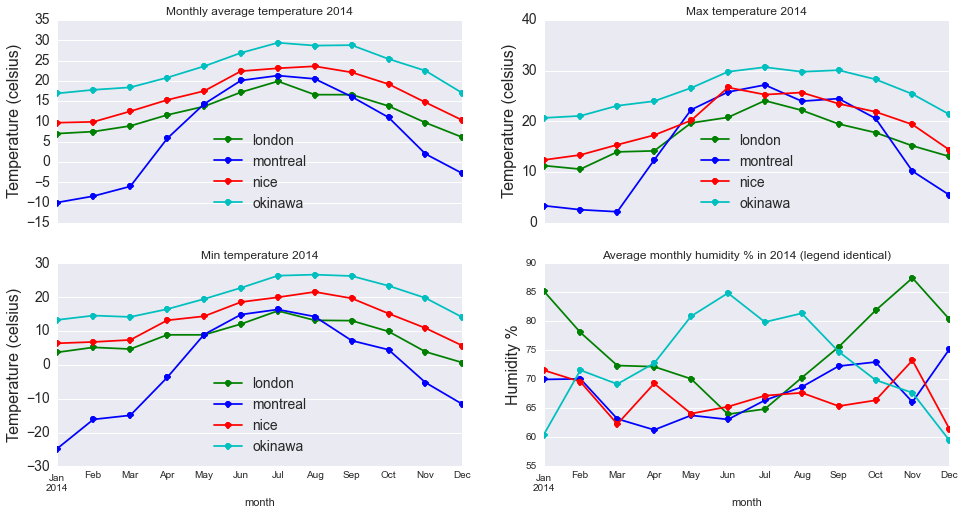 Looking at those graphs we can notice a few things:

To finish this notebook, let's have a look at the rain and snow data. 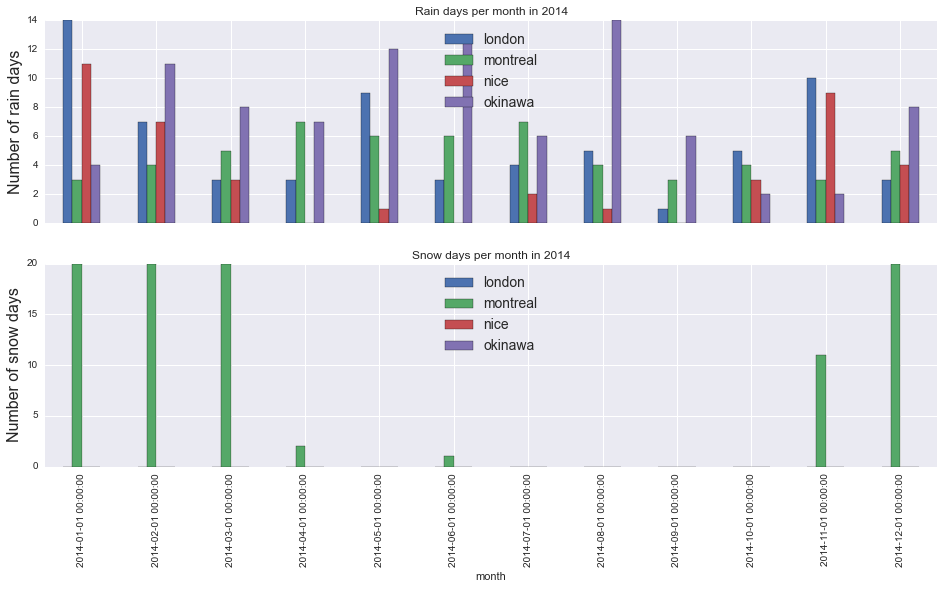 We can see it's raining quite a bit in Okinawa since they have a rainy season (May-June) and a typhoon season (June-November). Nice is probably the nicest, having close to no rains during summer. When it comes to snow, Montreal is the only contender as snow in Nice and London is very rare and it hasn't snowed in Okinawa for over 30 years.

While weather is only one of the elements that are necessary to consider when moving (along with salary, atmosphere, friends/family etc.), it is one of the most important thing for me. If I had to make a ranking of those cities on a weather basis, it would be:

Okinawa and London are tied for completely different reasons: one has the legendary British weather and its 2 weeks of summer and the other is so hot and humid that it can be hard to breath at times (but you get amazing sea and beaches). Now that you have seen how to use Pandas (for those that had never tried it before), it's up to you to finds things to compare. Do share them when you do as it is always interesting to read.